Stockholm’s central Slussen district, named for the Swedish word for lock, dates back to 1643, when a lock was built to separate freshwater Lake Mälaren from the Baltic Sea. Today, a buzz of creative chaos fills the air: It’s loud, and it’s busy; an endless rush of cars, humans, buses, and ferryboats stream to and from amid looming concrete foundations and the hammering of heavy equipment.

Underneath the din, a massive construction project is transforming the area, using digitization to create a more sustainable urban quarter that’s pedestrian- and cyclist-friendly. Digital technology is helping orchestrate hundreds of designers, engineers, architects, and builders as they complete the thousands of complex deliverables needed to see the 17-year project through to fruition.

When the project is complete in 2025, it will have future-proofed Stockholm’s aging commuter nexus and opened up the area for weekend leisure. And construction digitization will have played a decisive role.

All Eyes on Slussen

At 15.5 billion kronor ($1.7 billion), the Slussen project is one of Europe’s largest urban-infrastructure schemes. It aims to transform a complex convergence of ground, sea, and commuter arteries covering 70,000 square meters to create a new urban quarter.

This isn’t the first time the district has been renovated: An extensive rebuild in 1935 saw the area covered by a winding road and bridge system that converged around a cylinder-shaped office building. By the mid-2000s, however, the foundations were sinking, and the structure had become badly eroded. The city of Stockholm decided to demolish and rebuild–creating an opportunity to reimagine the entire area.

Helmed by the city of Stockholm, with Foster + Partners collaborating with several contractors on the master plan, White Architects overseeing landscape architecture, and ELU taking the lead engineering consultant’s role, the new urban megaproject is split into a lengthy list of discrete deliverables that are being designed and built alongside live construction work. 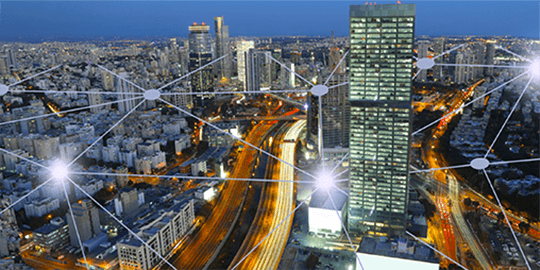 Learn how to design and build better with BIM.
Read More

If you missed AU 2020, you can still catch hundreds of classes, Q&As, panels, and more now available on demand.
Watch Now

The area’s topography is undergoing dramatic change, starting with replacing a decaying multilane bridge and four-leaf-clover car interchange built in the 1930s. The transformation will also kick-start a highly visible cultural initiative that aims to make the area a new center for Stockholm’s vibrant street life. Museums will rub up against new pedestrian malls, parks, and other elements that will open the area to more foot traffic.

But being in the public eye comes with challenges. The scope of the project—and the area’s historic significance—means every change is being watched closely by journalists, politicians, cultural critics, and heritage groups. Numerous architects and academics both inside and outside Sweden have weighed in with their opinions, all adding to the pressures that are part of any major public works initiative.

The new Slussen also has to be ready for whatever Mother Nature throws at it. The city’s sustainability targets will push the area’s motor traffic down from 60,000 journeys per day to nearly 20,000, but climate change isn’t waiting to make its presence felt. A rise in extreme weather events means flooding around Lake Mälaren, Sweden’s third-largest lake, is happening more frequently. That threatens the sewage-treatment facility at Uppsala, so expanded water-evacuation measures at Slussen are an urgent part of the plan.

And then there are the scheme’s hundreds of contractors and subcontractors working simultaneously on different components of the build, whose work needs to be coordinated and shared. It all adds up to colossal complexity, with only a tiny margin for error.

“The city now faces different infrastructure issues, and the objectives have changed,” says Gustav Jarlöv, a partner at White Architects in Stockholm. “Rather than just accommodate more car journeys between north and south, the aim now is for Slussen to promote sustainable growth. We are creating an attractive place that people will want to visit, and we are redesigning the site to make traffic flows more efficient.”

Achieving that objective in such a pressurized environment hasn’t been straightforward, he says: “Sometimes it’s hard to get everyone to pull in the same direction. This is always an issue in big projects, but technology is helping make this easier to manage.” 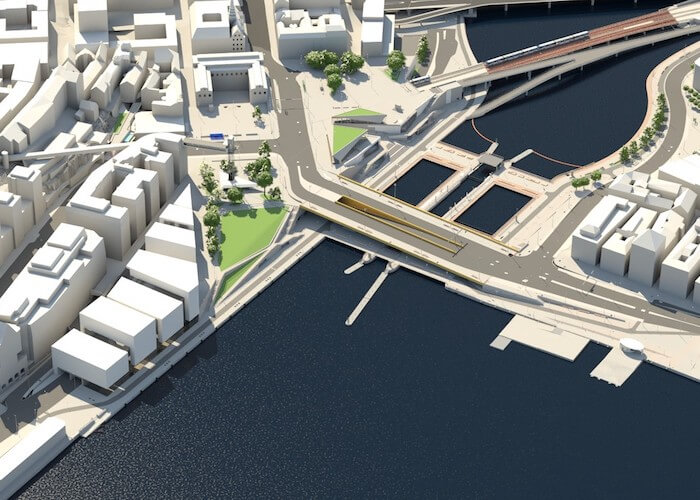 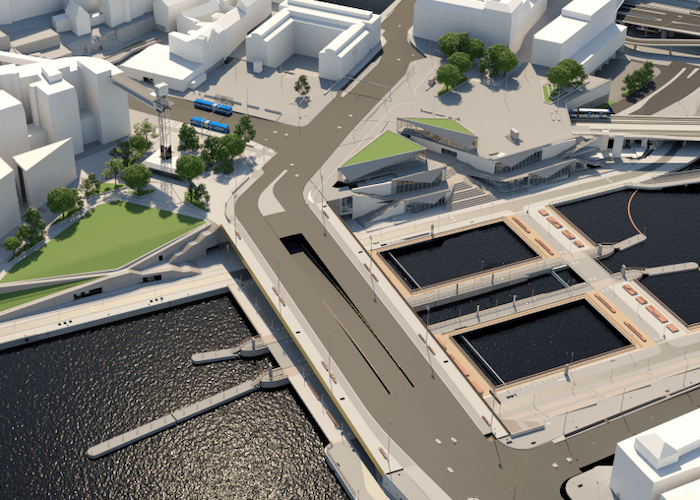 Made with Autodesk technology, the renders also provide immersive updates on the scheme’s progress. Courtesy of ELU/Tikab.

From Bottleneck to BIM

In the past, multi-partner collaboration on a big civil works project would have been managed using hand-rendered drawings. The 1930s revamp of Slussen took more than 3,000, and it’s estimated that the current scheme would need close to at least 15,000 drawings to facilitate design coordination.

Instead, all of that has been replaced by 35 richly detailed 3D models created by Jarlöv’s team at White and lead engineering firm ELU, built using Autodesk technology such as InfraWorks, Revit, Civil 3D, and BIM 360 Design.

The digital simulations enable the lead firm’s architects and engineers to share detailed, up-to-date information among hundreds of designers and contractors. The 3D models also provide clients at the city of Stockholm and other nontechnical stakeholders with quick, immersive updates on the scheme’s progress.

Project chiefs say digital’s contribution has been vital to keeping everything on track. “Looking back on the last 10 years, I’m not sure how the project would have been possible without construction digitization,” says Dan Svensson, head of department and Slussen project lead at engineering firm ELU.

Given the complexities, Svensson says, it was lucky timing that critical BIM and digital modeling breakthroughs happened while the Slussen project was in its early stages.

“It’s not only an infrastructure node, it’s an urban redevelopment project with shops, bridges, terminals, promenades, and parks all packed into a very compressed area,” he says. “We don’t have any of the building references we’re used to here. Every square meter is unique in every sense.”

A Turning Point in Digital Construction?

Slussen’s novel characteristics make it the perfect testing ground for the latest advances in design and construction digitization technology, Svensson adds. As a project leader, he knows the world is watching. With so much riding on the outcome, the decision to adopt paperless project management has to work out. “Maybe we are going to look back and say this was the moment when the construction industry finally decided to ‘go digital,’” he says.

For mass adoption to happen, Svensson believes the digital technologies at work will need to become even more user-friendly. Construction is a big tent, he says, with different comfort levels around digitization. He’s seen resistance and nonbelievers from some quarters and thinks the only way to overcome it will be more training investment in user experience and a cross-industry effort to help people upskill and adapt.

Will Slussen turn out to be construction’s digital moment? That’s one for historians. But it could well be a decisive moment when clients, contractors, and software vendors began to find common cause in making digital even easier to weave into construction’s daily workflow.